The Florida Media Market brought it this year, stronger than ever! 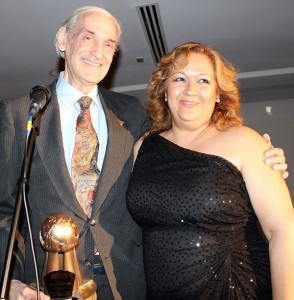 The biggest news announced at the Florida Media Market: A Florida Film Fund has been created and was releases during one of our panels: Casting, Packaging & Funding, to make films with budgets from 2 -10 million dollars for 60% financing, you just have to come up with the 40% up front. The news was released by Juan Carlos Zapata & Ed Arenas. They have partnered with Jack Lenz from Lenz Entertainment to create stronger production in the Sunshine state. Currently they are in development of 2 movies Nocturnal & Sin Cera, for more information, contact us at the FMM.
We had the best quality speakers, filmmakers, judges and presenters. Our Pitching Doctor: Devo Cutler-Rubenstein did a magnificent job in teaching our independent filmmakers how to pitch, grab attention for, and package their projects.
We partnered up with the Sichuan TV Festival (based in China) and the LGMA (based in New York) this to allow people to cross the “Bridge to the World” in this Conference. Attached is a picture of them.
This year, we had our Inaugural GMW Breakfast on Thursday, January 31, 2013. The panel spoke about the importance of women programming from all aspects and points of view. Women from all over the world came to share that there is an urgent need to educate women and help them grow, following the Florida Media Market’s motive to make “Better Entertainment for a Better World”. 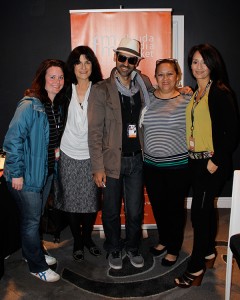 On Friday, Ellen Jacoby was a panelist for a Casting & Acting Workshop. Jacoby explained how to market one’s self for acting opportunities. Plus, how to get a great cast together and why it is imperative for a successful project.
On Saturday, Chris Phillips, Ed Arenas, Juan Carlos Zapata, Ben O’dell, Gabriel Ripstein, and Allen Schwalb were on several panels on Producing, Casting, & Financing Big Budget Films while observing Market Trends, the importance of certain news in the Film Industry and how it affects the Independent Filmmaker.
“I wanted to thank you and your wonderful team for such great effort in having the community, colleagues and friends gathering together to exchange experiences, work and projects during the Florida Media Market. “ –Victor Gomez, Bajo La Luz Productions.
On Saturday, February 2nd, 2013 the The Shift Awards Gala honored those who have made programming that has raised social awareness and made an impact globally.
Winners for domestic and international programming included: A girl in Progress by Pantelion/ Lionsgate, American Idol by Freemantel, La Promesa by Caracol, A donde esta Elisa by Telemundo, Capadocia by HBO, Casos de Familia by Venevision, etc.
Also, The Lifetime Achievement Awards went to Allen Schwalb: Management Lifetime Achievement Award for his work in 007, Superman IV, The Color Purple, Thelma & Louise, Rocky V, and on and on/ Plus, Armando Núñez: Distribution Lifetime Achievement Award for the. Our Visionary Award went to Tom Mohler for being the first to launch 10 HD Networks (UltraPlex) at once in 2012.