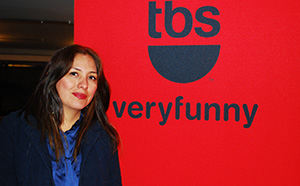 After 16 months of its release in Latin America, the signal reaches 31 million subscribers. “Our goal this year is to continue growing the distribution and reach the top of the pay-TV distribution. Also, we will continue acquiring good content and also grow in production. In Mexico we already started chapters produced with local talent and contestants for the Cupido format, an argentine production with great success.”
In recent years there have been comedy channels launched. What is the proposal of TBS Veryfunny to the competition?

“They have come because they also see an opportunity, as the comedy in Mexico is welcome, because of that the different Networks have bet on these new signals. We respect their programming but our approach has a great advantage, TBS veryfunny is one of the main channels in the United States, the first of its kind. We bring to Latin America programming that nourishes the channel in the U.S., this facilitates for us to have the quality and level of comedy-humor series, movies and programming according to the channel. “The opening of online contents has set the pace for the audience to demand more from pay TV contents and it has helped. In Mexico penetration reaches 40% and in Latin America exceeds more than 31 million subscribers,” said Barrera.
How do you face Internet piracy?

It is a matter of culture and economy, but people want quality and value and pay it. We don’t like piracy because you attack the copyrights of the author and affects the business, but somehow the positive side is that when a production, a character or a bidding is pirated it means you a have success”. concluded the executive.