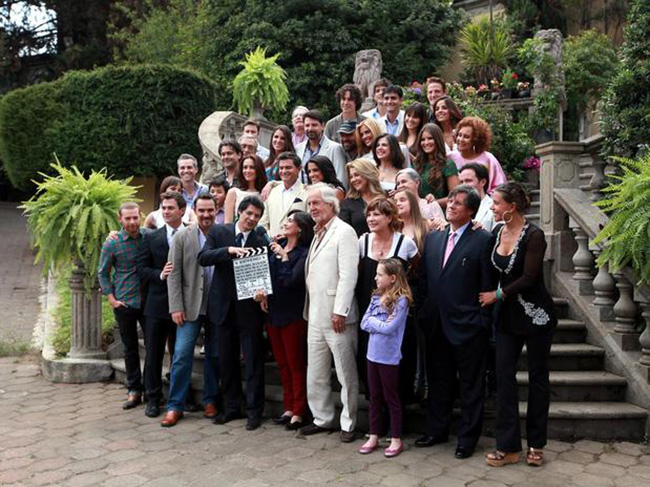 The Producer Elisa Salinas, along with the cast and production crew during the launching.

Elisa Salinas main head of Azteca Novelas shared with TVMAS, who were part of the official opening of the new production recordings of Azteca. Based on the hit series Brothers and Sisters, this story comes to the screens in May.

“We are creating a great proposal and that puts us at the level of competing to televise with any international network. We are also co-producing with Disney and that is very important to us at the enterprise level, to generate partnerships with companies that can give us powerful novelty. We are always willing to learn and that is very important in a company culture”, said Elisa Salinas, director of Azteca Novelas.