Demetrio Fernandez, director of the Film Corporation and Alberto Bacó, Secretary of Economic Development, summarized the efforts made to attractinvestment to the sector. 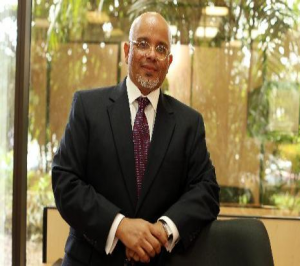 In this article by María Ivette Vega Calles for the newspaper El Nuevo Dia (digital and printed version), all readers can find out about the opportunities for producers worldwide that la Isla del Encanto (The Island of Enchantment) offers.

Still do not know the titles of the productions and the names of the artists who will star, but according to Alberto Bacó, secretary of the Department of Economic Development and Commerce (Departamento de Desarrollo Economico y Comercio – DEC) and Demetrio Fernandez, executive director of the Film Corporation of Puerto Rico (Corporacion de Cine de Puerto Rico – CCPR), the filmmakers are targeting the country as a filming location.

The productions listed above are the result of the attendance of Fernandez, two weeks ago, to the International Film Festival in Cannes, where he was promoting the island as a film destination.

“We are in talks with a European production house to bring a movie. They hope to raise all the funds and to film here in 2014. There are also twoAmerican films, the two would represent Puerto Rico for Puerto Rico. We are trying to project the island for Puerto Rico in a positive way to not only knowour cinema, but also as a tourist destination,” said Fernandez with Bacó yesterday summarizing the priorities of their agencies in the short and long term.

From that trip also emerged the interest of a French video game production house to create a laboratory here to benefit from the incentives.

The officials said they are being very selective when choosing events where they will promote the island as a film destination and promote local productions. To that end, Fernandez attend the Cannes Lions Festival, which focuses on commercials, industry they wish to bail through tax incentives.”This will be the first time in many years we are going to go to that festival. Jaime Rosado, who is a well known publicist in the country, will be a memberof the jury, so it’s a great situation to promote ourselves as a market,” said Bacó.

Among other projects, and in order to extend the offer to international producers, is the creation of two film studios. One of them would be a mediumstudy. The other is a large studio with all the technological advances of the market. One of its drivers is Marc Anthony and would be located in the area of ​​Dorado. “It’s a rather ambitious project, is almost a city. We will meet with them in July. They have the funding, a group of New York continues to investmoney and I’m meeting with them. The investment firm wants to meet. The other is about local investors who have the money and land and are in the process,” said Bacó. 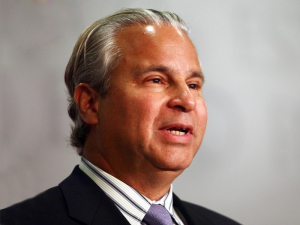 Provided that work and continuous promotion can be procured on the island, the interest of the CCPR is to get big companies like HBO, Showtime, Disney, Fox and NBC, among others, decide to record their series here. To this end they are promoting the country in these major networks.

In fact, from June 11 to the 20th, several scenes of the third season of Homeland will be filmed in different places, such as Hato Rey.

Telenovelas also are other of his goals, so that in November the Eleventh Summit will be held in this country for large production houses of the genre.

Among the places and geographic diversity that the country has to offer as a film destination are found the facilities of the base Roosevelt Road, in Ceiba.Although productions as The Rum Diary, and Men Who Stare at Goats filmed there, Bacó said that when it was turned over to the hands of the government now the CCPR can now grant permission to shoot there, which facilitates the process.
About Senate Bill 365 which seeks to amend the 304 law, eliminating the 20% grants of a production tax credit for hiring technical staff (known as below the line) not residing in Puerto Rico, Fernandez said that “I initially thought that it was not sympathetic”. But we think it should not be repealed as it is, butadd some elements that allow the CCPR to negotiate with the producer what positions are needed in such production or negotiate an additional percentagetax incentives if they opt for a room to hire a foreigner, or if Puerto Rico is presented as Puerto Rico. Such repeal would send a message of instability tothe international industry,” he said.