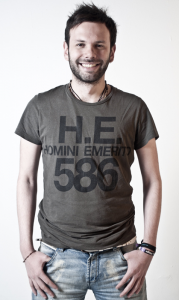 For the second consecutive year Soy Digital    launches in Colombia, a competition web show format that rewards the use of information technology and communications that generate a positive impact on peoples lives.

The idea came from the Vice-Minister, María Carolina Hoyos for channels to exchange experiences and potencialize how to do television and strengthen their convergence. The program is aimed at digital literacy for children, youth and adults, and is a co-production between regional public channels.

Lennart Rodriguez, Channel manager at Canal TR3CE said to TVMAS: “Soy Digital began in 2012 as an initiative of the TIC Ministry so that channels produce for different platforms. In its first season Teleantioquia was chosen, and this time we are with Telecafé, who took Teleantioquia’s creative idea, giving it continuity.”

Canal Tr3ce, along with other regional channels, will each broadcast two spots based on successful experiences with the use of ICT, showing, for example, an idea developed by young Bogota who designed a web portal and application through which they may have mechanical advice and technical assistance for vehicles. Another case was that of young people who designed a portal and web station for supporting and promoting new bands and musicians, advising on copyright issues, image and new trends.

“The call has exceeded expectations raised at the beginning of this second version. We hope that our audience to actively participate, not just watching the Web Show on Saturday morning, but registering their experiences with TIC in the website Soy Digital 2.0. This reflects not only the influence of public TV  in Colombians, but allows us to see how increasingly we appropriate the TIC’s. Our focus is to reach the youth of the Andean region, with messages that encourage their use,” said the manager.