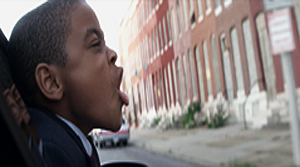 The TV station named after the festival, Sundance Channel, will release on the small screen some of the films participating in the latest edition of this meeting, celebrated in Park City, Utah. The titles viewers will enjoy throughout October include the dramas “LUV” and “It Felt Like Love”.

Heading the list is “It Felt Like Love“, by director and writer Eliza Hittman, which will be broadcast on Tuesday, October 8 at 10pm (Argentina). The story is about a summer without incident on the outskirts of Brooklyn, in which a lonely 14 year old is set to a bully her senior, on which makes up a story to get his attention and then becomes obsessed with making it a reality. These events mark the transition between innocence and adulthood, making it a nightmare. The cast is comprised of a talented group of actors in new generation, including Gina Piersanti and Jesse Cordasco.

On the other hand, the award-winning “Luv” will air on October 15 at 10pm (Argentina). The film’s director and co-writer Sheldon Candis is starring actor and hip-hop artist Common and Danny Glover. The touching story is about a 11 year old boy (Michael Rainey Jr.) whose future changes dramatically, thanks to his uncle’s violent past. The film was nominated in three categories at the Sundance Film Festival 2013 and awarded Best Independent Film at the 2013 Black Reel Award.

Sundance Channel (DirecTV channel 513) is part of the Gold Package, one of the most popular of the cable operador- for subscribers in Argentina, Chile, Colombia, Ecuador, Peru, Uruguay and Venezuela.