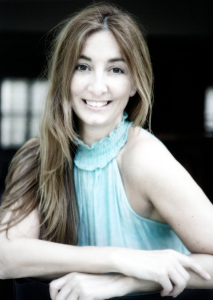 Following the tremendous success of the last two editions, which attracted audiences of almost 4,000 each year, the third edition of the Recent Cinema from Spain Series will be returning to Miami, FL to host a four day Spanish film event celebrating the diversity of contemporary Spanish cinema.

Held at The Olympia Theater at the Gusman Center for the Performing Arts, the series will showcase six of Spain’s most recognized films of the year.

When was this event born and what has been the outcome of the 2 previous editions? Where were they made?

“The two previous editions were both a box office success and as mediatic, were always done at the Olympia Theatre in Downtown Miami. Recent Cinema from Spain “is the result of an initiative of EGEDA, in order to promote Spanish cinema in the United States and encourage its dissemination to the general public and to the audiovisual industry,” explains to TVMAS Elvira Cano, director of communications EGEDA in Los Angeles.

On the other hand in Los Angeles, the Institute of Cinematography and Audiovisual Arts (ICAA), of the Ministry of Education, Culture and Sports together with the American Cinematheque and  EGEDA announced the  nineteenth edition of the Recent Spanish Cinema sample of Spanish Cinema,  which will bring to the Egyptian Theatre and the most prominent and recent Spanish films between October 16th and 19th.

This  sample edition of Spanish film returns like every year with the most attractive and striking movies of the big screen at the Egyptian Theatre in Hollywood. Since its inception 18 years ago, the loyal fans of this Spanish film exhibition has been able to discover great Spanish international talents like Javier Bardem, Penelope Cruz, Antonio Banderas and more recently, has had the opportunity to enjoy movies and colloquia directors like Bigas Luna, Alex de la Iglesia, Julio Medem, Benito Zambrano and actors like Angela Molina, Luis Tosar and Eduardo Noriega, among others. This year you may enjoy fresh movies from the festival circuit, its directors and actors who will attend to the sample to present their movies and a variety of passionate and established Spanish artists.