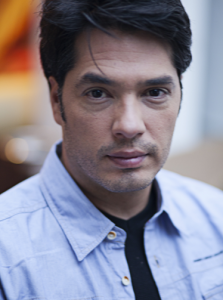 What is Bajo la Luz Producciones?

“We aim to be a leading enterprise in social responsibility in the creation, design and production of highly innovative audiovisual content that will contribute to its audience  entertainment transformative options, of impacful billing and highly profitable, with a view to international markets”, says to TVMAS Victor Gomez, owns and Creative Producer of Bajo la Luz Producciones. Filmmaker, writer, and actor, Colombian-Canadian, renowned for his work of 20 years in Colombian and American television. He has a Master in Fine Arts, in Directing and Performance, York University, and has done graduate work in Film at Ryerson University, and Creative Writing at Humber College in Canada. He graduated in Social Communication and Journalism at the Universidad Pontificia Bolivariana, in Medellin and Performance, Studio XXI School of Bogota.

He has directed and produced films among which include his documentary feature films Dahiana, 2 for 1, Searching For Oscar and Digging for Justice, an investigation into the trial for the Genocide of Guatemala, starring the Nobel Peace Prize, Rigoberta Menchú.

For Theatre @ York has directed several plays: At the Beginning , From The Heart and his controversial Shakespeare, Richard III. In Canada, he led his own studio -One Studio- and founded his own theater company – Under The Light Theatre (Winged Centaurus Productions) – with which he developed his show, Lizardboy. This work was published by Playwrights Canada Press as part of the Anthology of the Best of Canadian Theatre, and received a great reception from critics, including the four stars of the CBC Radio and Television Network in its North American tour, besides winning the Audience Award for Best Play at the recognized Summerworks Festival.

In Hollywood movies, to name a few, has appeared in the Oscar nominated film Lars and The Real Girl, starring Ryan Goslin award-winning actor and Paramount Pictures from renowned rapper 50 Cent, Get Rich or Die Tryin’, directed by renowned director Jim Sheridan.

In American television has starred and developed main characters for series as seven times nominated for the award Gemeni, Across the River to Motor City ( CHUM TV); Bliss (Showcase/CBC); the life of Donald Trump, Ambition ( ABC ); and the series Gigi (the Movie Network and Movie Central); Missing (Lifetime); God Dog (HBO); Mayday (Discovery and Cineflex) and recently worked with Manolo Cardona as the only Colombian actors in the series Covert Affairs (NBC -Universal).

What strategies or differentiating attribute are used to stand out in a highly competitive market?

With the spirit to maximize production possibilities, offering very low cost budgets and to raise the quality level. The commitment of Bajo la Luz is to generate projects and competitive production models.

Among its main strategies is to open up new spaces for performing in cities with lower production demand. “Our production infrastructure and artistic talent, coupled with projects designed to measure the advantages and possibilities of such cities, combined with artistic talent capitals and other major cities in Latin America, promises the development of projects with budgets that are up to 65 % of the budgets of major cities such as Bogotá itself, in the case of Colombia”, and says that looking to join forces and seize business opportunities to offer services and contents to production companies and TV channels,that they want to increase its presence in the Latin market. Framing an extensive list of contents that provide opportunities for enhancing the portfolios of its allies, and increase their profits and international sales.

In what projects are you currently working on?

In Re-Evolucion! ( Talkshow/Reality) an inspiring studio talkshow accompanied by mini-realities and mini-documentaries on the most paradisiacal places in Latin America, in which guests and participants reveal the hard way that sometimes living involves, and the reward it means to learn to be happy. Que te pasa Salome? (Musical Juvenile novella) a small villager has to leave her home in the jungle and tries to become music star, while struggling to adapt to her new father and high class life in the big city. Los Sueños de Ramón Blanco (Action Series-Drama). While the capital enters in a scramble for a mining project, the “El Chico Perdedor de la Universidad” becomes the prime suspect in the kidnapping of his young lover, while he tries to find gathering clues through of his dreams. Impunidad ( Action Series-Drama) A professor of social anthropology, launches into Latin America with her documentary student to clarify human rights cases, triggering anger and persecution of those who have made them go unpunished.

What do you think of the evolution of fiction formats and multiplatform distribution strategies?

The new technological trends invite the market to transform in so far as the formats themselves  production and  distribution, and we are working with innovative products that not only meet the demands, but also to the new audiovisual entertainment trends and its audiences, every day more intelligent, creative and willing to the interaction.