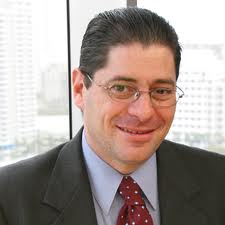 When Colombian Editorial La Oveja Negra got to know the amazing novel, EL MARICA published in late 2012 in Spain, considered it an outstanding work and proceeded to acquire the exclusive editing rights for Colombia of the Venezuelan writer of the novel, author Carmelo Di Fazio, former publicist and television man. As well as, worldwide rights to film and television.

El Marica the novel is a story of love and revenge: intense, irreverent, transgressive and realistic, combining a myriad of political values, social, moral and especially, it is a heartbreaking look at societies based on dictatorial regimes. Set in the aftermath of the Spanish Civil War it can also be considered a hymn against homophobia, the abuse of political power and the double standards of the higher social spheres anywhere in the world. The plot of the novel and especially its end is fascinating, typical of the best storytellers that leave the reader or viewer impacted, whereupon the story acquires a high literary level. “Our publishing imprint, is always characterized by searching for novels with new cutting-edge alternatives that break traditional patterns as was once the novel, Sin Tetas No Hay Paraíso, that was then taken to a Television series by Canal Caracol Colombia, successfully in multiple countries and especially in Spain. We repeated that success with the serial El Capo, which was produced by FOX-RCN with the author’s copyright and Editorial Oveja Negra, difussed in innumerables world countries. Thus, we consolidated the search to provide opportunities for creative writers, with innovative stories that meet the demanding taste, of a reader and audiovisual viewer eager for stories that touch, challenging, different and break common stereotypes”, expressed Jose Vicente  Kataraín, its publisher. Carmelo Di Fazio’s El Marica, has had a significant impact on social networks and has been positioned among the three best-selling books currently in Venezuela already surpassing Dan Brown’s success “El Infierno”. The book El Marica of Di Fazio, captures by the psychological plot, justified in the context of love, and the defense of freedom’s inherent values. The outcome is no less unorthodox, and plagued by a strong and full of revenge, blood  and sexual frustrations. That is, intelligently combines the requirements to become a work of international and cinematic impact.” The contract for the print edition was sealed, in agreement with the publisher ECU of Alicante, the company that owns the rights in Spanish, of the novel for the printed business. While audiovisual rights were obtained directly from the author. “In Oveja Negra annually we publish some titles that we expect are books with option to be carried to Film or Television and when we acquire the rights for the book, and for audiovisual, we are confident that this will be the first step in a successful editorial and audiovisual relationship with the author, and his future works,” expressed Katarain editor and owner of La Oveja Negra adding that “we hope that the discerning Colombian public, discover in reading this wonderful novel an interesting, different and even instructive value. From now we foretell success in the distribution and marketing of printed work from June, and obviously for hunters of stories for film and TV, who will find in El Marica a seductive story,” concluded the Colombian Editor. About the Editorial Oveja Negra: Founded in 1969 and has published over two thousand titles and publishes primarily recognized Latin American literature and new authors. Has published writers who were later Nobel Prize  as Gabriel García Márquez published in Colombia years before he was Nobel and just published in Peru before being Nobel Prize Mario Vargas Llosa, as the Spanish Camilo José Cela, Portuguese Saramago, and multiple figures in the narrative as Borges, Carpentier, Cortazar and over three hundred Colombian writers. About the Author: Italo-Venezuelan of Spanish origin. He currently resides in Miami. His first novel, Quien Invento la Crisis? came to light in 2010. He is a multifaceted man, has over 22 years experience in advertising, marketing and sales in Latin America with work performed for major companies like Sony Entertainment Television, Venevision and Warner Channel Latin America. For more information, please contact: editorialovejanegra@yahoo.com Colombia: (571) 302-0622 amanda@tvmasmagazine.com Miami: (1) 786.223.8409