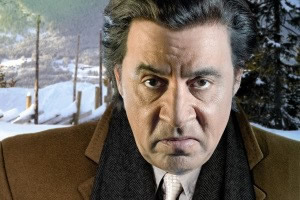 Produced in co-production between Rubiconen with Netflix, “Lilyhammer” is the most successful Norwegian local drama of all time. The series surpassed rating records in Norway and was acquired in over 150 territories around the world. The third season was released by NRK in Norway and Netflix last November. In the Monte Carlo TV Festival this year the show won a Golden Nymph as “Best International Comedy TV Series”, while its protagonist, Steven Van Zandt, was recognized as “Outstanding Actor in a Comedy TV Series”.
SkyAtlantic in Italy and Green Narae Media in South Korea acquired the first three seasons of the hit series distributed by Red Arrow International. Furthermore, the third season of the drama was sold to numerous channels from around the world: TNT Series Germany bought the rights for pay TV, while LTV (Latvian Public Television) secured the serie for Latvia, LRT Televizija for Lithuania and A Media Film for Russia.
Axel Böhm, Senior Vice President Sales Europe of Red Arrow International commented “‘Lilyhammer’ is a hilarious property. I’m sure the viewers of these territories are on the edge of their seats laughing, and I am extremely pleased that the series continues its global success.”