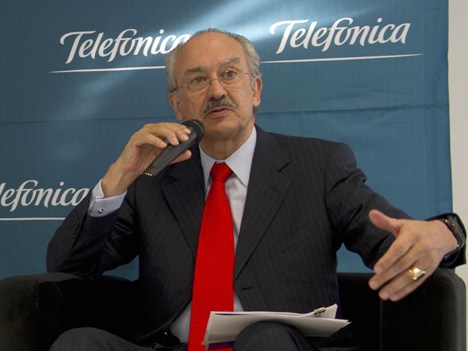 “Telefonica of Spain is quite nervous”

Dominant operators not only face organic market changes, but now will visit them AT&T, who will become the second telecommunications operator by revenue, displacing  Spanish Telefonica who has a juicy number of subscribers changing the map of the overall market .

“This situation has the Spanish company quite nervous,” said
the National Chamber of the Cable Television Industry (Canitec) organization that also debates facing these new challenges, according to the results of its recent convention in Mexico City.

The set of changes in mobile telephony, for Telefonica, which according to versions that circulated at the time was interested in entering Iusacell through the purchase of 50% that sold Televisa, the new situation is a problem and can force it to enter the market for pay TV, as it had to do in several countries in the  Latin American region. But here, in front of a reality in which Televisa, through the acquisition of Telecable, Grupo Hevi company, disputes its position.

Megacable is its main competitor, and in 2014, the operator acquired 70% shares of PCTV, after Televisa withdrew from this company a producer, distributor and content marketer.

According to the consultant, Private Advisor Consulting Team, the market for pay TV in Mexico is dominated by the Televisa subsidiary: Sky with 37.78%, followed by Dish, which owns 15.19%, Megacable 14.58%, Cablemas 7.9%, Izzi Telecom 5.59% and Cablecom with 5.16% market share.