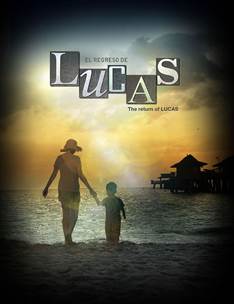 Is a coproduction between Telefe and America TV from Peru, produced in Lima with Peruvian actors and guests stars from different countries.

The story revolves around a boy who was abducted from his parents during a beach day and who reappears 20 years later.

A family is devastated after the mysterious disappearance of Lucas, one of their small children. 20 years later, Lucas suddenly reappears. After the initial impact, everybody doubts he is really Lucas. His sister Catalina is who feels specially tormented, because she feels too attracted to him… The return of “Lucas” is the door that opens to revisit the Diaz Ayalas’ past, full of secrets that will slowly come to light. And it is also the beginning of a great love story that seems impossible and must go through many tests before coming to fruition. Episodes: 60 x 1 TV Hour