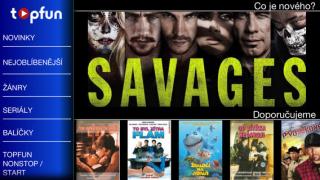 Demand VOD service has suffered a major setback in the Czech Republic, with the closing on the same day of two major competitors. According to spokesmen Digizone both IVIO and Topfun and ceased operations this past June 30.

The first was one of the oldest operators in offering such services, both in the country and in Slovakia, after taking off about 10 years ago and having operated until the day of its closure by the Slovak investment group J & T, whose interests also included the television station Joj.

In its offer they highlighted sports channels in the Topfun Sport package, play films and TV channels in the online video menu and navigation in its store catalog as well as explore movie trailers.

Topfun competed more directly with Voyo, the service offered by the stations SVOD CME TV Nova and Markiza television in the Czech Republic and Slovakia, respectively.

Despite the signing of agreements with major Hollywood studios, they lacked the support Voyo enjoys.

Meanwhile, IVIO was one of the newest in the demand for services in the market and their business model was based on providing movies for free, with funding from advertising.