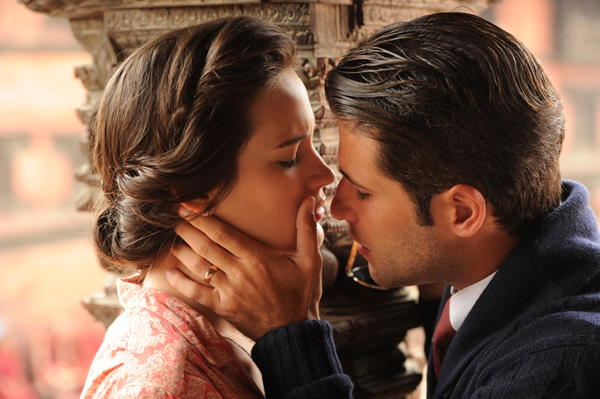 The American channel, one of the world’s largest producers of television content, has been Globo’s partner for years. In addition to airing productions by the Brazilian broadcaster, it has co-produced successful telenovelas, such as ‘The Clone,’ based on the work of Glória Perez, and ‘My Dear Handyman,’ a retelling of ‘Looks & Essence,’ by Aguinaldo Silva.

‘Precious Pearl’ has also had its broadcasting rights sold to Telemundo PR, from Puerto Rico.

With cinematic scenes recorded in the Himalayas and period sets and costumes, ‘Precious Pearl’ reached more than 26 million people per day in Brazil (source: Ibope). The telenovela also fared well in Portugal. Aired in the Globo basic channel, the telenovela constantly ranked among the 5 most watched pay TV shows in the country (Source: GFK). In January, ‘Precious Pearl’ premiered on Teledoce (Uruguay) and it was the second most watched program in the country in its slot during the first week of broadcasting. The telenovela has also been licensed to media group EPG (South Korea), to Armenia Public TV (Armenia), and the TV5 channel (Mongolia).

During MIPCOM 2015 Globo will be located at the P0.A1 booth.