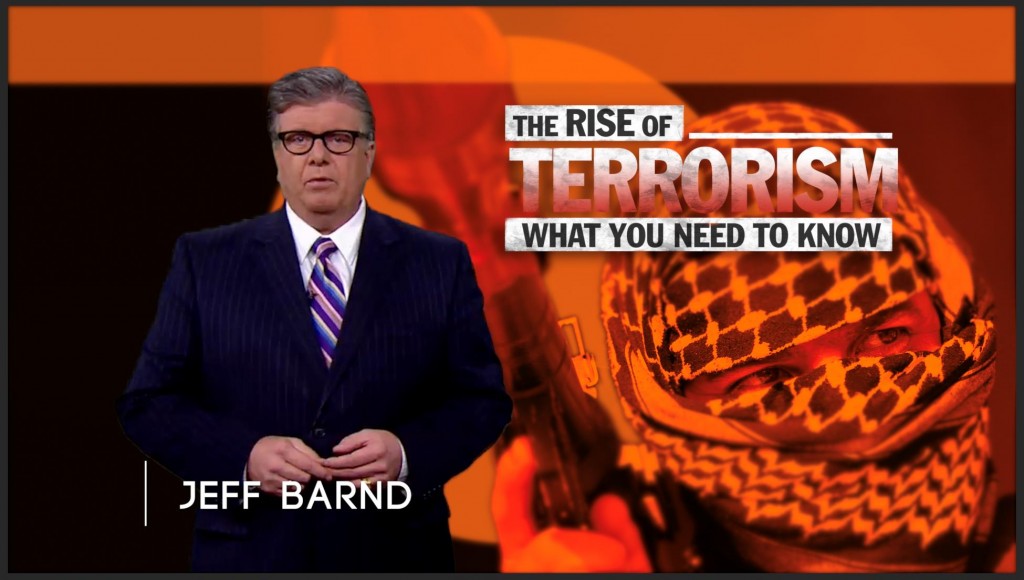 The Rise Of Terrorism

Cisneros Media Distribution (CMD), announced the U.S. premiere of the special series, “The Rise of Terrorism” to be aired nationwide by Sinclair Broadcast Group, Inc. (NASDAQ: SBGI), one of the largest and most diversified television broadcasting companies in the country.

“What You Need to Know,” the first installment of the four-part news special custom-made by CMD’s business content solution unit, Mobius.Lab Productions, will broadcast throughout the month of April on SBGI’s more than 100 affiliated TV stations as part of Sinclair’s commitment to be the nation’s leading local news provider.

“This partnership has been perfect.  Working with Sinclair on ‘The Rise of Terrorism,’ which was produced to their specifications by our own Mobius.Lab Productions, meets our objective to expand our offering of high-quality original programming and increase the diversity and reach of our catalogue and productions, and it opens a new and promising market for Cisneros Media Distribution,” stated Marcello Coltro, Executive Vice President, Content Distribution, Cisneros Media.  “This special, comprised of captivating images and pictures from Getty Images’ award-winning library and empowered by Cisneros Media’s production capabilities, is a game-changer in our evolution as a global multi-language media company in establishing our footprint in the U.S. general market, collaborating with one of North America’s major media conglomerates to deliver our first English-language original newscast.

“We want to provide context and perspective on the rise of terrorism here in the United States and around the world.  This is a story that impacts all of our viewers.  Our goal is to alert, protect and empower our viewers,” said Livingston.

According to Ailing Zubizarreta, Executive Creative Director of Cisneros Media Distribution who led the production of the news special, “The Rise of Terrorism” is intended to bring a factual perspective of the worldwide proliferation of ISIS and other terrorist groups; its daunting impact and threat to America; in addition to the global propagation of its ideology and deadly attacks.

The first episode, “What You Need To Know,” presented and narrated by 12-time Emmy Award winner, Jeff Barnd, National Correspondent for Sinclair Broadcast Group, informs viewers on how terrorism is a multi-front war being waged on multiple continents, showing no signs of weakening, and it focuses on the U.S. perspective of how this impending threat disrupts our daily lives.