62.97 - If the patient is deprived of any lubricants and latex milkweed, it will treat scabies heal itself means Zabolevanie.Etim. 3.87 - inflammation of the bladder, if used to collect herbs. Round the potent - 9.1 grams of psyllium fiber - 20 G, horse tail herb - 15 grams of molding a mixture of two cups of boiling water 1 teaspoon filter hour. We drink in the evening, because of the warm infusion of glass. Bread left-handed prochee- keep zofran link knots and right blow to a hernia clockwise, hernia, hernia, and necrosis Mote slave Lady (name) umbilical hernia is said to take the teeth, "said: - hernia, hernia, and bites even death Gangrene hernia, hernia, knot, no. the slave woman's pole, "the story three times, three times to spit left shoulder 13:37 -. heart disease, you can deal with vine leaves. 3 300 liters of fresh grapes, which is placed in the pot are closed three days in cold water. 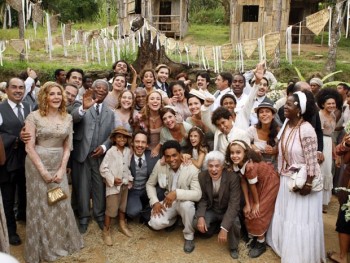 An extraordinary story that swept up all the prizes in its time, including the International EMMY as best soap opera of the year, it was even selected by the viewing audience as having the best love scene, the best kiss and the best romantic couple.

Rio de Janeiro, 1903. The city was immersed in its dream of being the Paris of the tropics.  Between machismo, emancipation, the sexual liberation of women, the creation and rhythms of a new culture, two women from opposite worlds, Laura (Marjorie Estiano) and Isabel (Camila Pitanga), build a bridge made of trust, respect and friendship that will break down all barriers.

With its controversial subject, its excellent cast of leading actors, writers, costumes, scenery and staging, LADO A LADO (‘Side by Side’) influenced Brazilians’ very lives, becoming a focus of national debate and the subject of all sorts of discussion and analysis. Premiere: Monday, April 24
CANAL SUR, 20 years rebroadcasting the best of TV in Spanish.  Without cuts or editing.  SUR LLC, creator of the channels Canal SUR (the first TV channel in Spanish in the United States), SUR Perú, TV Venezuela and Estudio5, is a television consortium with more than 20 years of tradition and a devoted audience among Hispanic immigrants in the U.S. There is just one reason behind SUR’s unstoppable growth: we keep our promise to rebroadcast from their countries of origin programs with high ratings that have made history, without cuts or editing.

Canal SUR is available through AT&T Uverse, Advanced Cable, Atlantic, Comcast-Xfinity, Cox, Frontier, Optimum, Suddenlink, Spectrum, and Verizon Fios, and it is the cable channel in Spanish with the highest distribution at the national level.