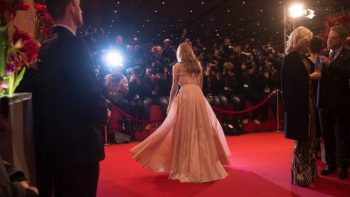 In addition to its principal partners, Audi, Glashütte Original, L’Oréal Paris and ZDF, the Berlinale event this year has the support of more than 30 national and international companies. The festival partners are Mastercard and Leysen 1855 (formerly Tesiro.)

“We express our gratitude to Prof. Monika Grütters for the support of the federal government. Our special thanks to all the official partners and we are celebrating the twentieth anniversary of our partnership with L’Oréal Paris. Our other principal partners, Audi, Glashütte Original and ZDF have also remained loyal to us for many years. Their continued support allows the Berlinale to cultivate and expand its core brand identity: diversity of programs, good service and, last but not least, its position as the film festival of the world’s largest A category for the public,” said Festival Director Dieter Kosslick.

Berlin is an exciting and cosmopolitan cultural center, a stage of diverse culture, a critical public and an audience of moviegoers characterize the city. The event is one of the most important events for the global film industry. More than 334,000 tickets sold, more than 21,000 professional visitors from 127 countries, including more than 3,700 journalists: art, glamor, parties and business are inseparably linked at the Berlinale.