The series was released on January 28 by the Disney Channel at 9:30 p.m. in Spain. The first season of “HEIDI BIENVENIDA”, a juvenile fiction series co-produced by Mondo TV Iberoamérica and Alianzas Producciones. The series has been successful in Latin America and other countries such as Italy. 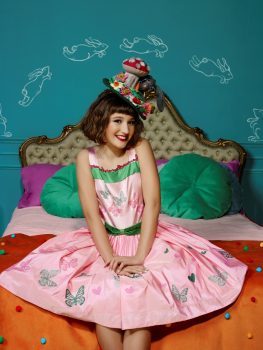 This modern version of the famous tale of “Heidi” that the writer Marcela Citteriobrings, known in the teen world for titles like Yo Soy Franky, Patito Feo or Chica Vampiro, series in which, in addition, the actress Chiara France has participated, whose charisma and empathy make “HEIDI BIENVENIDA” in a captivating preadolescent proposal.

Spain began to enjoy this story that will travel and awaken the imagination of the young audience of Disney Channel, thanks to values where friendship, music and the first loves are the protagonists along with other topics such as fashion, technology, aspirations for the future or, even, magic. Its broadcast is Monday through Thursday at 9:30 p.m. with repetitions at 3:30 p.m. The series will also be available on the Disney Channel App immediately after its release.

Mondo TV Iberoamérica directed by Maria Bonaria Fois, is a producer and distributor of audiovisual content that operates in Spain, Portugal, Latin America and the Spanish-speaking United States.