“Venezuela the Truth” is a humanitarian documentary produced by Trinitus Productions with Natalia Denegri, journalist, actress and producer with the support of the Hassenfeld Family Foundation, written and co-produced by Venezuelan journalist Stephanie Rodrigues . 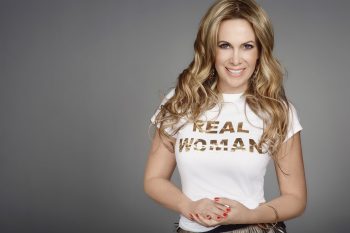 MegaTV television network owned by Spanish Broadcasting System, Inc. (SBS) presents together with the journalist, actress and producer, Natalia Denegri exclusively, “Venezuela the Truth.” The documentary will have an exclusive in its Spanish version. Will premier Tuesday, February 12, at 7:00 pm (Eastern Time), 6:00 pm (CST), 5:00 pm (MST) and at 4:00 pm (PST).

This cinematographic piece shows the reality that hundreds of families live in this country in which humanitarian, political and economic crises have been accentuated over the years, producing family rupture and an uncontrollable migratory flow.

The documentary is originally narrated in English with an international character and includes important interviews that tell us their truths to build the thread of the story that will give life to the documentary, counting with various locations between Europe, the Middle East, USA and Venezuela.

The production process took about two years, beginning in 2017 and culminating in the present, where every detail for its construction was carefully studied, counting with the support of professionals who were added little by little to bring out the truth before the world.

The stories promise to touch the hearts of its viewers, connecting them with the most human and real part, through testimonies of courage, powerful images and a history that embraces hope. The truth can no longer be hidden, the world has set its sights on Venezuela and has decided to bet on its freedom.