This year’s fair will screen to attendees “HIV Rising” on March 18 and “Hallyu and I” on March 20 after both documentaries premiered last year in the country via ABS-CBN.

“HIV Rising,” a documentary of award-winning broadcast journalist Korina Sanchez-Roxas, aims to shed light on Filipinos who live with HIV and AIDS and investigates probable links of the rising HIV cases to the “hook up” culture. Experts from the Department of Health (DOH), Department of Education (DepEd), the Research Institute for Tropical Medicine, and various NGOs also share their insights in this slow epidemic affecting the Philippines. 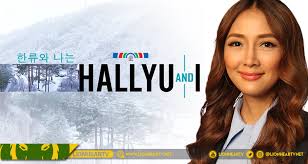 Meanwhile, in “Hallyu and I,” ABS-CBN reporter Marie Lozano flies to South Korea to uncover what makes Korean culture so well loved by Filipinos and other nationalities from across the globe. To understand the “Hallyu” phenomenon, Marie visits shoot locations of Korean drama series, interviews Korean superstar Lee Dong-Wook of “Goblin,” samples traditional Korean dishes, and immerses herself in Korean beauty and fashion in the Myeongdong district.

DocuCentral is the documentary arm of ABS-CBN Integrated News behind award-winning and critically-acclaimed documentaries including “Di Ka Pasisiil.”