Under the direction of Cecilia Barrionuevo, the 34th edition of the great international event organized by INCAA began on 9th of this month and extending until Monday, November 18 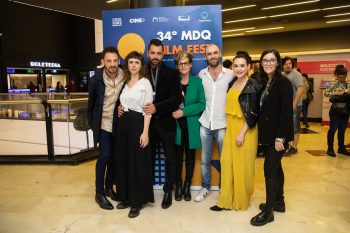 After the words of Ralph Haiek, president of INCAA, Cecilia Barrionuevo presented the program highlighting that this year the event is dedicated to the director and teacher José Antonio Martínez Suárez (1925-2019).

American director, Nina Menkes, a reference in feminist cinema, offered a masterclass in which she reviewed the different themes she addresses in her filmography. French actress Agathe Bonitzer and the Brazilian Carol accompanied their films that make up the International Competition; and the director of the Harvard Film Archive, Haden Guest, presented the segment dedicated to Dominique Benicheti. 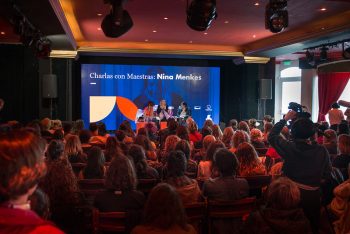 “Violence is a central theme in my life, so I always wonder how to represent it in my cinema without glorifying it,” said Nina Menkes, whose family is a Holocaust victim.  Like yesterday, when she participated in the Film and Gender Perspective Forum, she referred to cinema’s general view of women: “They are always shown in an oppressive, sexualized way: they have to endure tremendous shoots, even with the most dedicated directors. I don’t consider myself a sex cop and I don’t want to tell anyone how to film, but I do ask that we be aware of what we are filming.”

During the afternoon, “A Soft Warrior,” “Queen of Diamonds” and “The Bloody Child” were screened, three of the eight films selected for Menkes’ retrospective during this Festival.

Also screened in the International Competition “Les Enfants d’Isadora”, by Damien Manivel, a film presented by actress Agathe Bonitzer – whose visit was made possible thanks to Unifrance – and “A vida invisível”, by Karim Aïnouz, with the presence of his protagonist, Carol Duarte. “The director wanted to talk about those women who are our mothers and grandmothers and whose lives have been silenced and made invisible and did not have a cinematographic representation,” said the actress.

In the Argentine Competition, Fernando Salem presented his film “La Muerte no Existe y el Amor Tampoco,” and Laura Casabé premiered “Los Que Vuelven,” a production made in the missionary jungle, while in the Latin American Competition it was the turn of “Lina de Lima”, by María Paz González.

The Director of the Harvard Film Archive, Haden Guest, who participates as a guest programmer, presented the special segment dedicated to Dominique Benicheti, which included the films “Jessica, Look at Me” and “Le Cousin Jules.”