This year´s experience will be virtual, divided into two events: Thursday, November 19 at 6:30pm (Miami time)

Hernán, Apache, 100 Días Para Enamorarnos, El Presidente, Control Z and La Jauría were the most outstanding content. Mexico, Argentina and Colombia are the countries with the highest number of finalists

In its fourth edition, PRODU Awards continues growing and this year will have two big virtual events: the MIPCancun PRODU Awards, the industry awards ceremony, on Thursday, 19 at 6:30pm (Miami time), in partnership with Reed MIDEM as well as a 50-hour Live Stream celebrating Latino content; and the 2020 PRODU Awards Gala on December 2 and 3. 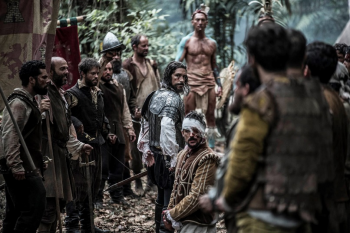 Both awards ceremonies can be watched on live stream in: PRODUawards.com and PRODU.com.

On November 19, fourteen categories will be awarded, there will be four Tributes, and the Special Award for Industry Pillars will be delivered.

The 2020 PRODU Awards Gala will be hosted by Valeria Mazza and Boris Izaguirre. The production will be under the responsibility of TOAC, producers of the Miami Fashion Week and in addition to the awards ceremony in the 25 categories, there will be two tributes.

From the most nominated productions in all the categories, the following stand out: Hernán, with eleven nominations; Apache, la Vida de Carlos Tévez, with seven; 100 Días Para Enamorarnos, El Presidente and Control Z, with six each; and the countries with more nominees are Mexico, Argentina and Colombia.

The most recognized communications groups were WarnerMedia, Caracol, NBCUniversal/Telemundo, Disney, Dopamine and ViacomCBS.

PRODU Founded in Miami, Florida in 1989, with 31 years in the market reporting on the traditional television business and its current transformation.