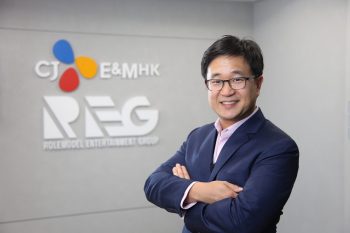 CJ ENM inked a deal with Japanese leading broadcaster, FUJI TV for the occult series ‘The Cursed’, which premiered on tvN early last year. It will also be exclusively available on the channel’s OTT platform ‘FOD’ simultaneously. Produced by Studio Dragon, ‘The Cursed’ tells the story about a teenage girl who needs a person’s name, photo and a belonging to curse an evil spirit, and a reporter who covers a violent case happening around a mega IT Company.

‘The Cursed’ has gained massive popularity from the occult manias, and has been recognized as the Best Original Screenplay at 2020 Asian Academy Creative Awards. Representative from the FUJI TV who viewed this award ceremony, commissioned the series both on Linear and OTT platforms hoping for more viewers to watch. Kazuo Nomura, representative from Fuji TV’s FOD, said “‘The Cursed’ interested me as this type of genre has not been seen in Korean dramas previously, and it was especially interesting because it was written by director Yeon Sang-ho of the film “Train to Busan,” which gained huge success in Japan.”

News for drama remakes also continues. ‘Encounter’, which aired via tvN on 2018, is getting a local adaptation in Philippines. It will air on TV5 this March. Valerie Del Rosario, Senior Vice President for Content at Viva, said “Viva was attracted to ‘Encounter’ immediately because of it’s universal theme of love and the chance encounters that will change one’s life. It is very relatable and very Filipino. We believe that from the very first episode, viewers will be hooked. The show was meticulously shot and produced to offer the best Philippine locations to frame the developing love story between the two very capable lead actors.”

In Thailand, ‘Bring It On, Ghost,’ has been remade into ‘Let’s Fight Ghost’, which is currently airing with popularity in their Pay TV channel. It is also ranked on the top at the Thailand Netflix list, and will be available worldwide soon. Producer Pusit Charoenart commented, “The main reason for choosing this title is because the story itself is very attractive to GenZ Generation and they will ship the relationship between two main characters. Also, as many of you know, ghost story has been always the top hit in Thailand.”

An official from Studio Dragon, production company for the three dramas, said, “K-drama is being sought around the world due to its universal fun, fresh ideas, and deep storytelling.” “Although OTT domestic and foreign companies are fiercely competing to secure content, existing local sales and remake contracts are still an important part of global content distribution.”