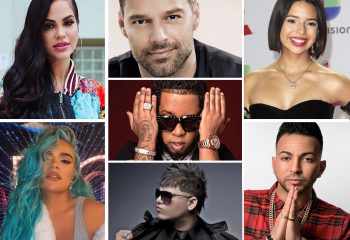 The channel preparing a celebration adding more memorable moments, including many summer hits performed for the first time on TV, two world premieres, and unique collaborations. The artists joining the show are:

Chimbala, Justin Quiles, and Zion & Lennox: The reggaeton superstars will perform for the first time on TV their globally acclaimed collaboration “Loco.” Justin Quiles and Zion & Lennox have one nomination. • El Alfa and Nino Freestyle: Will join reggaeton heavyweight Farruko, previously announced, on stage to perform their hit collaboration “No Hago Coro” and the popular song “Si Es Trucho Es Trucho.” El Alfa has one nomination and Farruko has five. •        KAROL G: The female global superstar returns to PJ as one of the most nominated artists of the night to perform for the first time on TV “200 Copas” from her highly successful and recently launched album “KG0516.” Karol G has 12 nominations. •       Sebastián Yatra: The Latin sensation and the mega-popular Myke Towers, confirmed in a previous announcement, will perform their hit summer song “Pareja del Año” for the first time on TV. Sebastián Yatra has two nominations and Myke Towers has nine. •   Tainy and Yandel: The reggaeton icons will perform the world premiere of their hit collaboration “Deja Vu.” Tainy has three nominations and Yandel one. •   Tommy Torres: The popular singer-songwriter will delight the fans with a world premiere from his upcoming production.