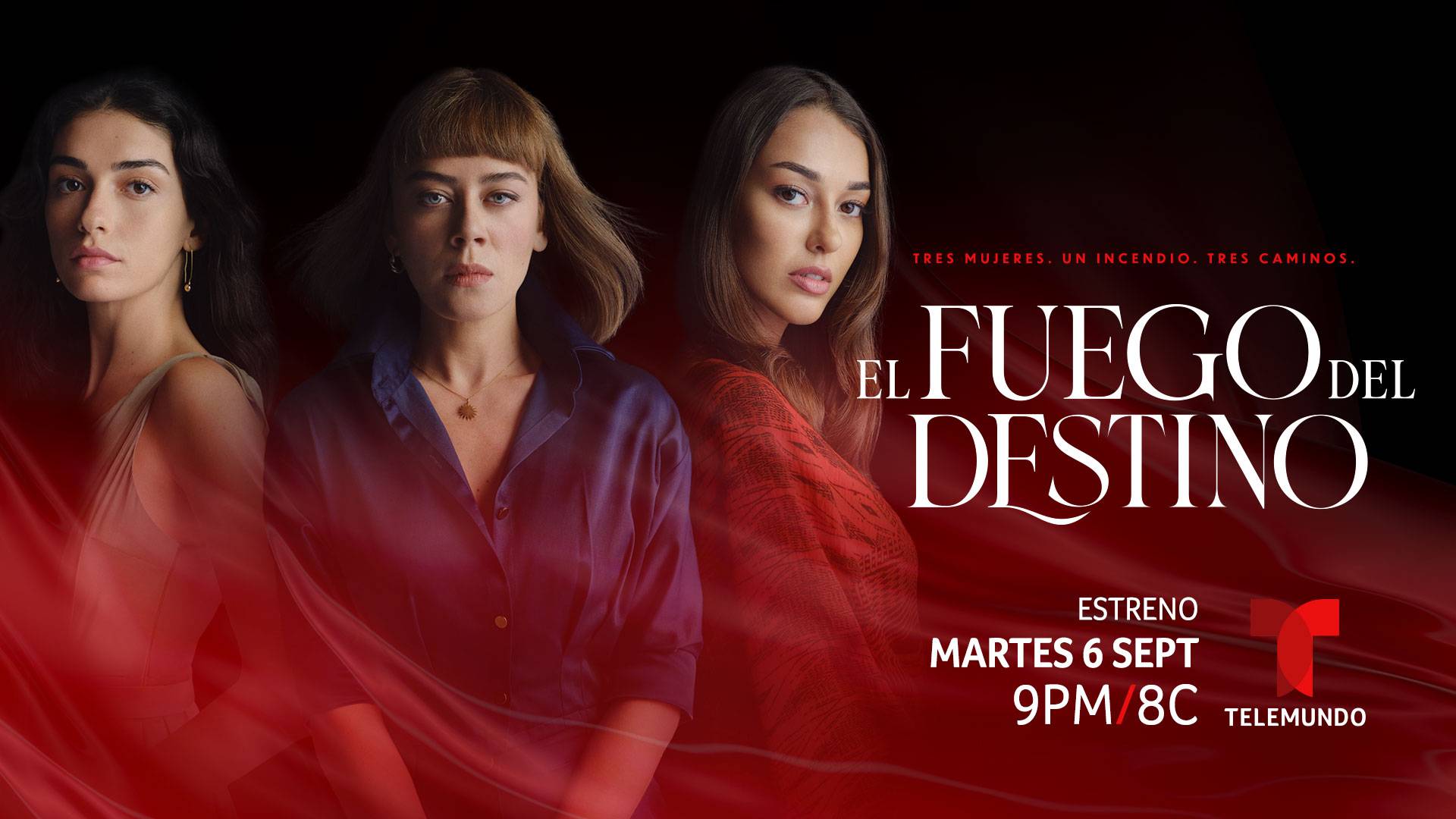 After a horrific fire sets the wheels of change in motion, nothing will ever be the same again in this engaging story full of plot twists. Produced by Ay Yapım, the series is written by Burcu Görgün Toptaş and is directed by Ahmet Katiksiz.

Telemundo announced the premiere of El Fuego del Destino (Fire’s Destiny), starring Demet Evgar, Dilan Deniz Çiçek, Hazar Ergüçlü, and Zuhal Olcay slated for Tuesday, September 6 at 9pm/8C.  In this empowering story, three women decide to take control of their lives after being on the verge of death, leaving their pasts behind to seek justice and discover true love. After a horrific fire sets the wheels of change in motion, nothing will ever be the same again in this engaging story full of plot twists.  El Fuego del Destino (Fire’s Destiny) follows the lives of four extraordinary women, who with courage and fortitude, navigate through the aftermath of unimaginable loss.

Cemre (Evgar) is trapped. For years, her husband, Çelebi, a well-respected businessman, has convinced everyone she is mentally ill and is a danger to herself and her family. In reality this is not the case; he is ruthless and keeps her under his control with physical abuse and threats. Although terrified, Cemre is determined to find a way out.

Ruya (Çiçek), Cemre’s cousin, has a very different lifestyle. She is a young professional, vivacious, and independent woman who lives a privileged life along with her loving father, but her world will be upended as she discovers the many lies threatening to destroy her.

Çicek (Ergüçlü) is a sweet, innocent young woman working in Ruya’s house. Although she is part of the “help” she and Ruya have a strong relationship. She looks forward to nothing more than her upcoming wedding, but a cruel twist of fate destroys her plans.  Instead, she is left to face the challenge of a grueling physical and psychological transformation where only courage and true strength of character will help her prevail.

Finally, Tomris (Olcay) suffers the unimaginable loss of her daughter in the fire yet barely has time to grieve. She is focused on saving her grandchild, Atlas, from his good-for-nothing father. Tomris, a prestigious doctor, will treat Çicek and use her condition to keep her grandson around, violating all sorts of ethics codes and even the law. Amidst tragedy and despair, the lives of these four women will intertwine while each will courageously forge their own individual path.

Produced by Ay Yapım, the series is written by Burcu Görgün Toptaş and is directed by Ahmet Katiksiz.