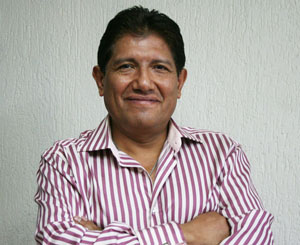 TVMAS held talks with the creator of successful telenovelas for Televisa, about his latest telenovela “Porque el amor manda”, sold to 40 countries and recently debuted in the United States via Univision Network, ranking among the most watched programs . Osorio hopes to surpass with this production the audience of his previous work, “Una familia con suerte.”

“We are committed to the local audience, the U.S. Hispanic and the rest of the world. I like to start from the bottom up in order to build the audience and the public interest, but when one hit is achieved and falls, it is difficult to recover the audience. ” 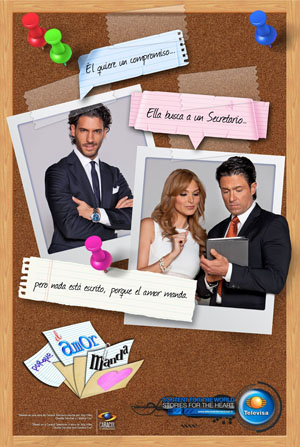 About the production of the competition with national networks like Azteca and Cadena Tres, as well as international networks and producers, he said: “The market in Mexico and abroad is getting stronger daily, but really the competition is internal among ourselves. My competition is a Salvador Mejia or NicandroDiaz, and other Televisa producers leading in audience at home and in sales abroad. As producers and directors we have to be at the forefront in technologies and stories to be relevant”.

The producer highlighted the importance of social networks and public interaction. Osorio has made 22 telenovelas. Began his career as an executive producer in 1984 with the telenovela “La pasion de Isabella.” He currently teaches a graduate script class and te evolution of telenovela at Ibero University in Mexico.