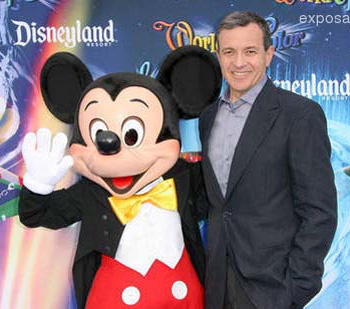 According to data disclosed by the consultant SNL Kagan, The Walt Disney Company heads the ranking of 25 major media companies and entertainment, with $6,200 million in net revenue in 2012, marking an increase of 17.4% compared to 2011.

And that is only the last year, the success of the film Los Vengadores, left Disney earnings of $623.4 millon in the U.S. and $1.510 millon worldwide. Concerning revenue, Disney reported $42.280 million dollars, surpassing in a 3.4% the 2011 numbers.

“2012 was an exceptional year for Disney, along with Marvel had a fantastic year with the extraordinary success of the Los Vengadores, that became the third Blockbuster in history, being a global phenomenom and an important franchise for us”, commented Bob Iger, CEO of the company.

Behind Disney is placed Time Warner, with net profits of $3,000 million dollars and Thomson Reuters with $2,100 million, company that last year was ranked 89th. Within the new platforms, highlights the entry of Coinstar ranked 24th and Netflix ranked 17th.