TVMAS had a conversation with the executive, following the launching of the new pay channel programming in Latin America in which Schille discloses increasing audience and the importance of the Latino market, especially Mexico. 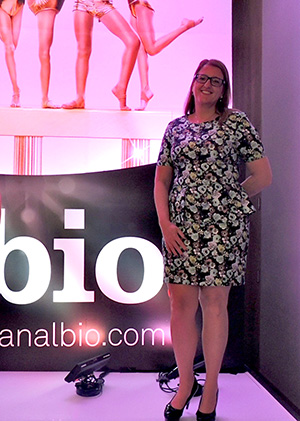 “We are very happy to be in Mexico for the first time and presenting “Dance Moms” next to the protagonist Abby Miller. The series opens on April 7th in Latin America it has been very successful in the United States and is in its third season.

On the importance of local production and advertising strategy in Mexico, Schille emphasized: “The focus of production in Latin America in Mexico. We plan to increase local production in the short term, and currently we produce in Mexico “Un día en la vida de” a series that follows important Mexican celebrities.”

What are the strategies?

“We are doing an aggressive campaign in Mexico, from bringing our talent so they can be known and talk about the projects, to advertising on the streets, in magazines, newspapers and other media. Also in social networks where we add about 26 thousand followers on Facebook and there will be more. Quorums that our supporters are brand ambassadors, who work with us.”

“BIO has programming aimed at women, and a growing male audience, this leads us to strengthen our programming. Crime genre has given us excellent results with a series like Maldiciones that is about to debut. BIO is stronger than ever, with new releases and great audience response, which has positioned us in the ranking of Pay TV”, concluded the executive.