The telenovela ‘The Life We Lead’, which recounts the thrilling story about overcoming the twists and turns of life, will be one of Globo’s highlights at Cannes during the MIPTV 2013. 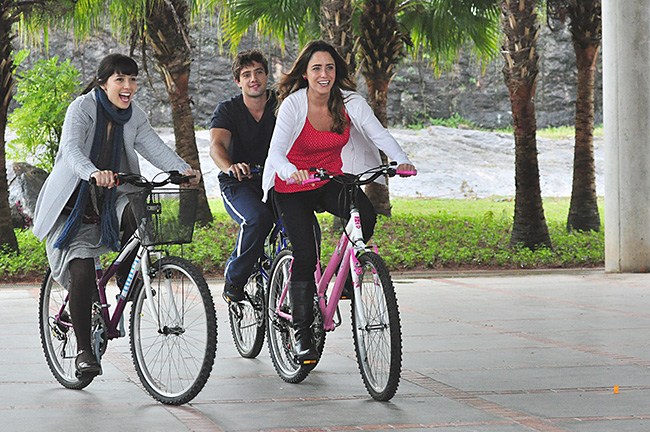 The Brazilian broadcaster, which is celebrating 40 years of operations in the international market this year, has just licensed the telenovela to Canal 13 (Chile), which is one of the main communication groups in the country. The story will air on the 2 p.m. slot, traditionally dedicated to Globo telenovelas, and where big hits such as ‘Irrational Heart’ and ‘Looks & Essence’ have already been broadcast.

Ana (Fernanda Vasconcellos, ‘Pages of Life’) is a promising tennis player who counts on the support of her sister and best friend Manuela (Marjorie Estiano, ‘Two Faces’). After a tragic accident, Ana enters into a coma and stays that way for five years. After waking up, she has to recover the life that went on without her, and which she no longer recognizes as her own.

Filmed in HD, with attentive cinematography and beautiful settings in Brazil and Argentina, ‘The Life We Lead’ reached an impressive average in Brazil of 24 rating points and a share of 52% (source: Ibope) when showing how the sisters dealt with the tragedy and find ways that lead to happiness.

‘The Life We Lead’ has also had its broadcasting rights licensed to Teledoce (Uruguay) and Ecuavisa (Ecuador), where it premiered on April 2nd.

Long time Globo partners, Teledoce and Ecuavisa have obtained incredible audience indexes with telenovelas from the Brazilian broadcaster. Currently, Teledoce is broadcasting ‘The Enchanted Tale’, the audience leader in the 6 p.m. slot, and ‘Looks & Essence’, the second most watched program in the country, which airs at 7 p.m. In turn, Ecuavisa has also been achieving excellent indexes with ‘Looks & Essence’ in Ecuador.

At www.globo.com/licensing you can find trailers, images, synopses and much more from the 2013 portfolio. You can also download the new Globo Licensing application available for tablets in the Apple and Android formats.

During the MIPTV Globo will be present at Stand A0.01.