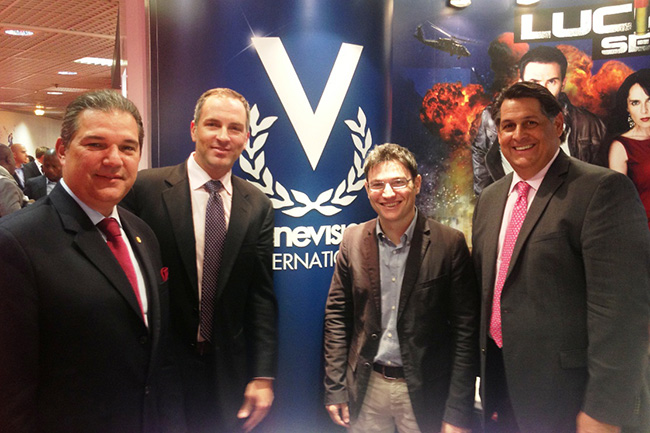 “It is a great opportunity to showcase our productions in different languages”, said Manuel Pérez, during the international market MIPTV in Cannes, France. There he announced the signing of a global content agreement with Viki, a global digital TV site with an audience exceeding 20 million, for the rights of some of its most successful telenovelas, including his most recent international successes Eva Luna and Corazon Apasionado.

“We are going to exhibit our internationally renowned telenovelas to new audiences thanks to Viki innovations, that allows users to translate the dialogue and thus adapt the program to a particular culture and language, making it ideal for every market”, noted Manuel Perez, VP and Chief Financial Officer (CFO) of Venevision International.

Meanwhile, Razmig Hovaghimian, Chief Executive Officer (CEO) and cofounder of Viki, said: “We are excited to break the barriers of languages around these fantastic shows and we are confident in the new markets that will enjoy this entertainment in their own language “.

Viki is a global TV site empowered by a community of volunteer fans who translate the shows in over 150 languages. Launched in December 2010, Viki has 22 million users each month in www.viki.com and 7 million access through their mobile devices to watch movies and music videos from around the world. With over 2 billion videos and over 325 million words translated to date.