Last Saturday ended the IV version of Hispanicize held at The Eden Roc Hotel in South Beach in Miami, from the 9th to 13th of April in which TVMAS was present. 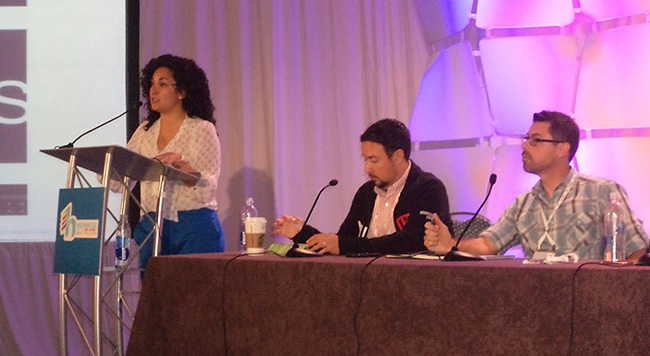 The event was attended by producer and entrepreneur Nelly Galan, founder of El Adelante Movement who brought and included in her panel Hollywood legends like Rita Moreno and Charo, better known as cuchi cuchi. Nelly is the creator and executive producer of the successful program Celebrity Swan, a new edition of her hit reality to be aired this fall on FOX. Among the main sponsors of the event are Chevrolet, Coca-Cola, AT & T, Target, P & G, Visalus, Disney Parks, Sentinel, ESPN, FOX News Latino, Hispany Market Weekly, RadioShack, Lanugo, Clorox, NBCLatino.com, MundoFox, BusinessWire, Bajalibros. com,Transitions, ZocaloGroup and Yo Soy Segundo.com.

Among the many topics with important panelists, highlighted the Social Media: Google and You Tube Latino, making it clear that evolution is not the media itself, but the consumer. 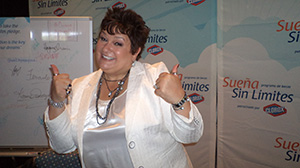 Among the celebrities was also the recognized motivational, writer and entrepreneur Pegine Echevarria, who inspires Latinos to dream big and achieve a better future through education.”I was impressed by her great energy, her very good vibe, her clarity and her own and strong story” said Amanda Ospina, TVMASmagazine Director who not only participated but made important interviews.

This annual event is organized by Jeffrey Group and gathers Latinos involved in social media, journalism, marketing, film, music and innovation in the U.S.

“We have to congratulate and thank Mike Valdés-Fauli, one of the leaders of the Latino community in this country and President of Jeffrey Group, head master of the fantastic event,” highlighted the journalist.