The director of Marcados por la muerte, conversed with TVMAS, about the original Turner production for channel TruTV and which began for the first time in Brazil. Now the producer BE-TV, takes the series to Colombia under the direction of Andrés Wiesner.

“I am happy with the result. It was long, hard and difficult work; it goes a bit with the channel’s slogan, ‘common people with extraordinary stories’ and for this serie the objective was to show the day to day of a person that lives threatened with death”.

In Colombia they managed an interesting spin on conjectural issues, both political as social. “This country is going through a very acidic problem of armed conflict and guerrillas, then under journalistic and investigatory hard work, we chose some people with stories that we could help and protect them, to get into their problems.”

On the difficulties the production faced for the shoot, the journalist and director said: “We were in jungles where there’s armed conflict and witnesses as children living in combat with other gangs attacked their house while we were filming. However, the production team was never threatened or violated in their safety, but we were in areas that involved risk. Also, it was difficult to get closer, since these people are not friends of the media and to allow us to accompany them was complicated.”

Each episode features from young gang members, to a woman that was burned with acid and now she is leading an ONG, to a peasant woman who is the leader of a social movement with over 20 thousand people. “In each story there are sad endings and happy ones, having at the end their family dead or in jail, or who has received an reward for its labor”, finalized the director.

The shooting lasted a year and a half, there are 8 half hour episodes and is transmitted on Sundays in prime time on pay TV, TruTV. 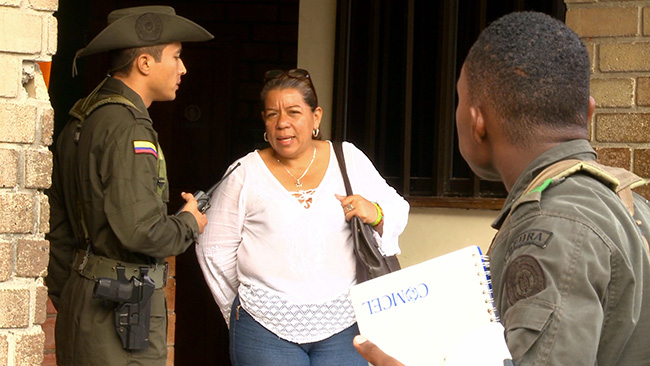 Filming a Scene of the serie