Available in over 150 countries and 8 languages, exclusively for iPhone, iPad and iPod Touch devices 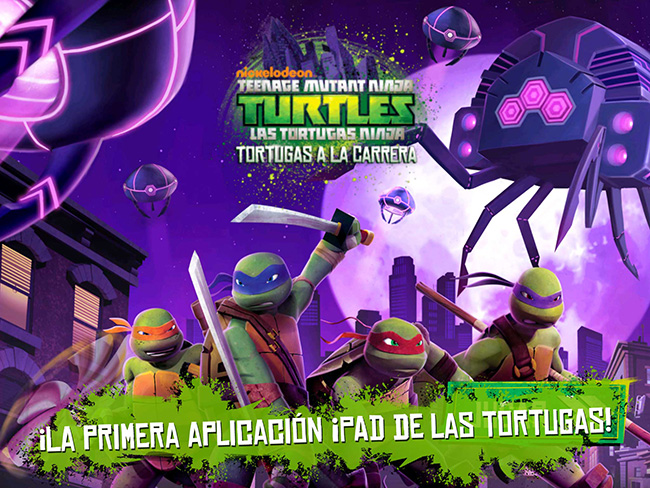 This is the first mobile app available in more than 150 countries and 8 languages including English, Dutch, French, German, Italian, Portuguese, Spanish (Latin America) and Spanish (Spain). The app is available for iPhone, iPad and iPod Touch devices and features 3D characters, and environments based on CG-animated series.

In the app Ninja Turtles: Rooftop Run, players assume the role of their favorite turtle as they try to take advantage of the gravitational beam of Kraang, fighting their enemies with Ninjutsu style combat. Having defeated the enemies, players earn coins that can be exchanged for powers or lives, weapons and armor.

These updates may be purchased using the game currency or with iTunes account. The new armor influences in the collection of currencies, in draining and recharging the energy meter, creates resistance to certain obstacles and allows players to move quickly in any section of the game that had already been played, and so earn additional coins.

Nickelodeon’s Ninja Turtles premiered on September 29. 2012 in the United States, becoming a success reaching nearly 12 million viewers in the weekend of its release. The series airs regularly in Nickelodeon Latino America – Monday thru Friday at 4:30pm in Mexico/5:30pm Argentina, Brazi, Colombia and Venezuela, with repeats on Saturdays at 12 noon in Mexico/12:30pm Argentina and Colombia/and 1pm Brazil and Venezuela.