Pioneer in the production of Spanish-language entertainment, passed away this past April 21. ‘Joaquín, el de Los Riviera’ – as on one occasion confessed the origin of his name – was born in La Habana, Cuba. At 17 years graduated from High School at Colegio de la Salle de Cuba, then channeled his artistic vocation as a dancer of private clubs withot abandoning his superior Dance studies. 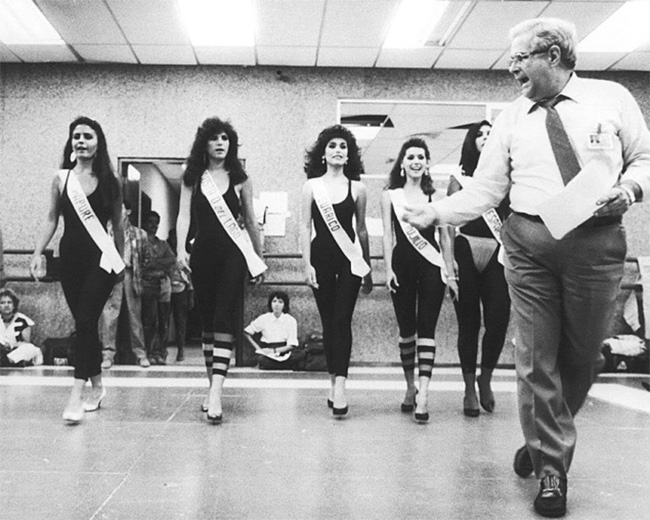 In 1957 forms the Trío Los Riviera,  next to Mercy Casas and Francisco Del Pino, with which toured several countries of the world, including Venezuela. In the sixties, begins his career as a producer, performing in that role on a weekly television program and in the Tropicana Cabaret in La Habana Hotel.

In 1969 arrives at Venevision as program producer and choreographer of the program De Fiesta Con Venevision, making it one of the most successful programs of the small screen and according to his own words, “offered me endless satisfacion which made me to definitely reside in Venezuela and move forward with the new projects in the channel” . 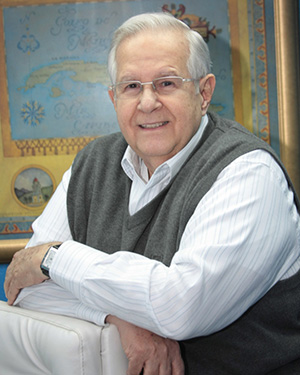 In 1980 thanks to the call from Enrinque Cuzco, the General Manager of the network, was requested  to create a spectacle for the arrival of the first Venezuelan ‘Miss Universe’, Maritza Sayalero, to which he replied “just for this year” – but such was his passion for the event that ended dedicating, body and soul, to the production of the mot important beauty contest of the country, ‘Miss Venezuela’.

Thereafter, all the musical productions of Venevision would be under his supervision and general production. In 1986 is appointed Production Manager of Venevision, taking on the challenge of developing plans throughout the creative area.

Rivera produced under his belt, countless events of international significance, among them: closing of the Juegos Panamericanos 1983, el Carnaval Internacional de Miami, for eight years; Señorita México, from Mexico City, Mazatlán and Acapulco, for three years; El Miss Hispanidad, from Miami, for 10 years and El Miss Aruba, from Oranjestad, during two years to mention a few.

His talent and dedication was the subject of countless awards including: Mara de Oro, Guaicaipuro de Oro,  Meridiano de Oro, Rafael Guinand, Venus de la Prensa, Musa de Oro, Casa del Artista, El Dorado; amongst the internacional awards rceived the Premio ACE, in New York, ACA of Miami, ACRIN of Miami, Premio Ondas of Barcelona, Spain, among others. Joaquín Rivera will always be in the hearts of those who knew him and had the joy of working with him.