“This story reflects the scope of organized crime in the casino world, based on investigation that allows us to talk with foundations”, Epigmenio Ibarra

TVMAS was part of the presentation to the media and customers of the new television series of Cadena Tres, Fortuna.  With this new proposal, the broadcaster reactivates its relationship with Argos TV, who produced this new initiative under the leadership of Epigmenio Ibarra. The story written by Rodrigo Ordoñez and directed by filmmaker José Luis Garcia Agra, starts transmissions as of the 22nd  of April in the channel’s prime time. 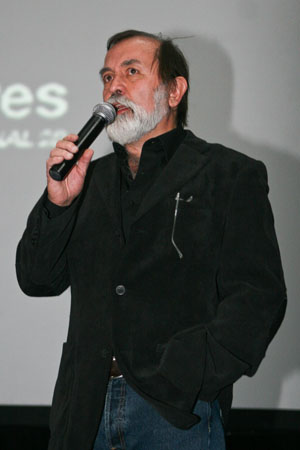 “We took a year planning this production inspired by real stories. We have information about the activities of the cartels in casinos, how the Russian Mafia operates and confrontation of Mexican cartels.  I’m pleased to present a different plot that will show the scope of organized crime”, commented Epigmenio Ibarra, producer.

Fortuna is a suspense thriller of 120 chapters, with locations in the State of Hidalgo and Mexico City. The cast is headed by Claudia Ramirez, Andrés Palacios, Marco Treviño, Iliana Fox and Anna Ciochetti among others.

Fortuna is transmitted from Monday thru Friday at 9:00pm in CadenaTres.