The premiere of the hit series Pablo Escobar, The Drug lordon French Television channel France O this past 9th of March has had a huge impact not only on French audiences, but on the French press as well.

The super production has arrived in 5 different continents and has recently arrived on DVD in Mexico and North America. Pablo Escobar, The Drug lord was also among the Top 50 formats that has changed the world of television in recent times according the Witlist.com portal, making it one of the most impeccable productions, breaking audience and rating records in Latin America and other countries that bought the series from Caracol TV Internacional. 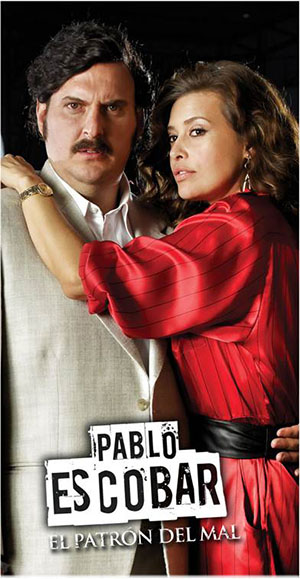 “Pablo Escobar arrives on French screens after having conquered the Hispanic audience in Latin America last year… This series has broken all records, not only in production costs but audience ratings. A historical 11 million viewers in its premiere, repeating this success in its debut on the Hispanic American network, Telemundo”

“The Colombian series was rewarded with 11 awards during an international film festival in Cartagena, Colombia. Since its Premiere in May of last year, its become the series most loved by the public, reaching historical audience figures”

“Viewers will be caught up in this “scarface” which started from zero and met a dazzling rise, to the point of challenging the State. This series broke all audience records in Colombia and seduced the French public also”

“Pablo Escobar: an amazing story! 20 years after its elimination, this big fish is the object of a series of long duration which has caused controversy in Colombia and has pulverized historical ratings”

“It’s the most expensive and most watched series on Colombian television and in many countries of Latin America… Pablo Escobar, the pattern of evil became a social and cultural phenomenon with pedagogical virtues that transcend the mere fun of a television series. Reaching historic levels of audience, we want this series to repeat success on France O”

“With huge success in Latin America, Pablo Escobar’s pattern of evil reveals the fate of this historic character. The producers of the series, are victims of the cruelty of the head of the Medellín cartel, responsible for the deaths of many of his associates and family… This is a series on another level”