Over 80 thousand people were present at the nine concerts held in the port. 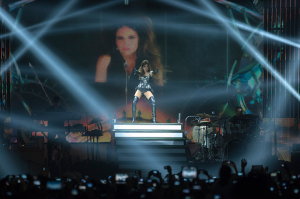 Gloria Trevi during the closing of the festival

With an assistance of over 80 thousand people concluded this past June 2nd the 2013 Acapulco Festival, which presented international stars during the nine concerts that were held from May 25 to June 2. Figures as The Jonas Brothers and Inna,  Gloria Trevi,  Sasha, Benny and Erick as well as Marco Antonio Solís, among others were present at the Jardín Sur del Centro Internacional Acapulco, Guerrero (CIA) and the convention center Mundo Imperial, featuring their spectacles and latest record productions. 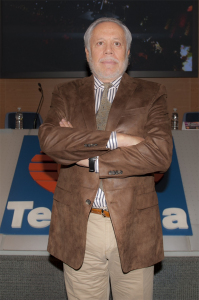 “We are trying to recover this festival which brought so much prestige to the port of  Acapulco. Unfortunately crime stained for a while the image of the state, but fortunately we are in the process of recovering our tourist destinations”, commented Luis de Llano, producer.He also stressed that the Acapulco Festival returns with the intent to promote the singers and support the record companies in theirlaunchings. “This space will be a catapult to international artists, as we did before. The timing that music is living with piracy is very complicated, we need musical to support talent, and that’s what we do with this Festival that reaches many countries throughour networks and subsidiaries”, concluded the producer.