The telenovela premieres in prime time next June 25 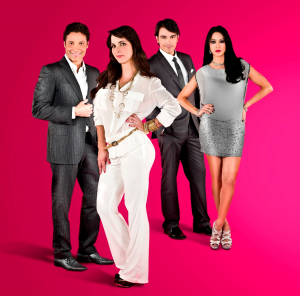 The original story of Carlos Perez will debut on Tuesday, June 25th, in prime time at 10:00PM. The new commitment of Venevision is starring Marisa Roman, Ricardo Alamo, NorkysBatista, and Luciano among others.

“It’s a telenovela as well as passing on the always pleasant humor waters and every day life, makes a dramatic analysis center on the question of whether or not psychiatric patients have a right to love and therefore the idea that what we call ‘madness’, apart from being a social convention, is also a reason for exclusion,” said Carlos Perez.

De Todas Maneras Rosa, recreates the romance that develops between Rose and Leonardo Alfonso, precisely when they are immersed in a series of adverse events, her lifefighting for a baby who has just given birth and he lived the bitterness of a love that does not satisfy. However, the crush between them is inevitable.