The announcement was made by Alexander Harrison, CEO (Chief Executive Officer) of Chello Latin America 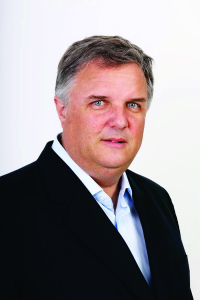 “I am convinced that with our new organization and efficient management team, coupled with the support of Chellomedia, The Latin American team becomes a relevant player in the market, offering a large portfolio of channels and services for our customers andviewers,” said Harrison.

Ricardo Deben is the new CFO (Chief Financial Officer), who will attend Harrison in the departments of finance and business development. Deben has worked in ChelloMulticanal, Spain, during the past six years, where he also served as CFO.

Marisa Pineiro has been named Head of Human Resources and Chello Country Managerfor Latin America for the Argentina office. Pineiro will also be in charge of corporate responsibility, compliance and   internal communications.

Finally, Jack Efromson was named CTO (Chief Technology Officer) Chello Latin Americaand will be responsible for managing and supporting all the company’s technologicalneeds. Efromson has 30 years of experience in the administration of cable TV andbroadcast TV.