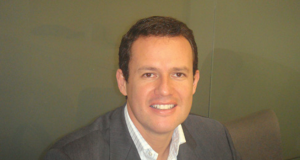 In Mexico, the percentage of households that have Pay TV service has increased considerably in recent years and today 45% * of Mexican households have this service, which has brought a new trend in how  Mexicans distribute the time spent watching Open and Pay TV channels.

According to the latest analysis by LAMAC, in 2009 the time subscribers earmarked to pay TV to see these signals was 55% of the total time spent watching television, at the end of 2012 that figure rose to 60%, in other words in 4 years this percentage has increased approximately 10%.

Percentage of time spent watching Pay TV channels among subscribers of this service. **

Frederic Baumgartner, LAMAC’s Country Manager in Mexico comments: “It is clear why the transformation is happening in Mexico television audience. Today, Mexicans are more exacting in what they demand on TV. They tirelessly seek access to series and program world premieres, a greater variety of content, quality, creativity, and above all, programming targeted to their tastes and preferences and only on Pay TV they find what they seek “, the executive ended.