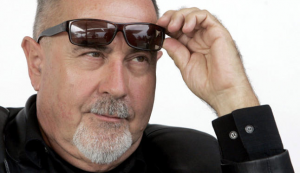 The Spanish film festival ES.CINE in its fifth edition, which will be held in Mexico City from July 5 to 11, paying tribute to famed director Bigas Luna, who is an unavoidable reference of Spanish cinema by directing more than 15 films, most of them with his unique erotically charged style, often related to food, whereby confessed to feeling a passion.

Luna died on April 6 a cancer victim and in the process left his last feature film based on the novel “Mecanuscrit del segon origen” by Manuel de Pedroso, which tells the story of a teenager and a child after the massive destruction of humanity of the earth.

Therefore, in this edition ES.CINE pays posthumous tribute where will exhibit 4 of its most important features: Las edades de Lulu (1990), based on the novel by Almudena Grandes; Jamón, jamón (1992) starring Javier Bardem and Penelope Cruz, and that is certainly his best known film internationally; Huevos de oro (1993) won the special Jury Prize at the San Sebastian Film Festival, and to conclude the retrospective; La teta y la luna (1994) , spoken in Catalan and which received the award for best Screenplay at the Venice Film Festival.