From July 5 to 11, will exhibit 13 Spanish and Latin American films as well as a tribute to Bigas Luna 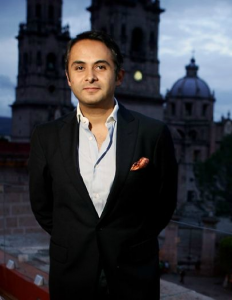 The fifth edition of ES.CINE will open with the premiere across Latin America of Los Amantes Pasajeros, the latest feature from acclaimed Spanish director Pedro Almodovar. Within the framework of ES.CINE Award 2013 the Luis Buñuel and the Claveles Awards will be presented, a recognition of iconic characters from Latin America, the Gold Clavel,the Silver Clavel and a mention of the best productions showcased in this edition. The Festival is a joint effort of Luccmedia, Cinepolis Art Gallery, the Institute of Cinematography and Audiovisual Arts of Spain and Management Association Audiovisual Rights of Spain Egeda.

Enrique Rubio Dosamantes, ES.CINE director, confirmed that the sample will offer a selection of the best of Spanish cinema, as well as some current Latin American cinema titles. “To ES.CINE is a great honor to carry out the inaugural function with Los Amantes Pasajeros. This function will set a standard for a great edition of ES.CINE after the break last year.”

“The festival is an expected event and a platform for the film industry in Spain. We are the only Spanish film festival in Mexico and one of six in the world. Our goal is to have a road show in several cities of the Republic and in Latin America, in the short term is to take it to the city of Miami,” concluded the director ES.CINE.