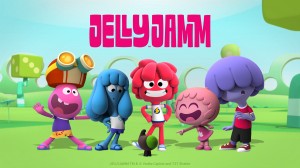 The Director General of Consumers Products Televisa, conversed with TVMAS about album release preschool series Jelly Jamm as part of the growth strategy of the brand in Mexico, and the importance of physical products to the consumer.

Rotter noted that the brand Jelly Jamm is complicated because of the segment to which it is targeted, but, “we have aspirational music in collaboration with the group Los Liquits for all Latin America, trying to be relevant also for the parents, since they are an important part of the growth in the brand to reach a wider market which remains the purchase decision of the final product,” concluded the director of Televisa Consumers Products.

Significantly, the physical version of the album will be released with an initial print run of 10,000 copies. This release will be strengthened with the promotion of the series that is transmitted through the Pay TV signal by Discovery Kids channel and on the YouTube channel. Jelly Jamm and has 15 pre-school products on the market and plan to launch another ten for Christmas and a toy line for the spring of 2014.