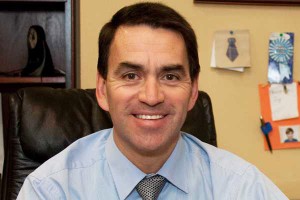 Following the resignation of Nicolas Eyzaguirre after a year in office, Channel 13 – controlled by Andronico Luksic – announced that Rodrigo Terré Fontbona, currently Vice President, will assume the presidency of the television.

This shift in the channel is given in a difficult context for broadcast TV, as advertising revenues fell by 5% (in Chilean pesos) for 2012, while pay TV revenues grew between 15% and 20 %. However, this increase does not offset the decline in broadcast TV.

Rodrigo Terré Fontbona is a Lipigas board member – liquefied gas trading company, owned by Luksic – where he also has served as general manager of Consolidated Investments.