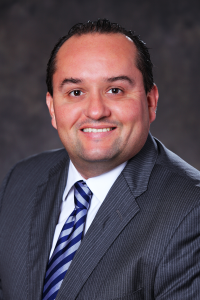 The new original production of FOX International Channels Latin America, “Cumbia Ninja” with record-breaking ratings in Latin America during its recent release on September 5, consolidating the leadership of the pay TV channel in this market. The broadcast of the first episode scored high points rating in Argentina (6.56), Chile (4.00), Mexico (3.54), Peru (2.20) and Colombia (1.14), placing the series well above the nearest competitor in these countries.

The cast of the serial developed by FOX Telecolombia in Bogota is headed by Brenda Asnicar (Argentina) and Ricardo Abarca (Mexico), who come together with over one hundred Latin American artists. Juana (Asnicar), escaping the murderers of her family, takes refuge in the barrio La Colina, a place under control of drug traffickers to be faced by a musical band led by Hache (Abarca), with the help of a master Ninja and a mysterious character.

“With this series we are conquering a demographic sector very competitive but key to generate TV audience: young people aged 12-17. Video clips of “Cumbia Ninja”

have been viewed by over 15 million people online, we were trend topic in social networks and continue attracting the interest of viewers in Latin America. I am proud of our team and programming content, always creating and innovating projects and formats, and with our unique “edge,” said Carlos Martinez, President of FOX International Channels Latin America.

“Cumbia Ninja” airs every Thursday at 22:00 hours and repeats on Sundays at midnight.