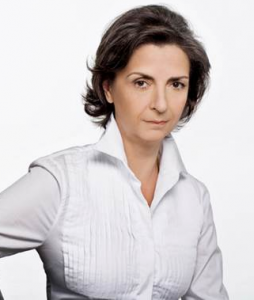 Alicia Dayan is now the Vice President and Director of TBS veryfunny, INFINITO and truTV. Joined the company in 2000, developed and led the implementation of the programming strategies that contributed to effective repositioning of Infinito, signal being consolidated into the group of the 20 most watched cable channels in the region. Also, the executive knew  how to lead in record time the programming team and TBS veryfunny operations, signal which has over 32 million subscribers, and recently added to her responsibilities the truTV operation.

“Those who know Alicia, know that she is not only an extraordinary manager and team motivator, but also a great programmer with strong background in finance and business orientation,” said Felipe de Stefani, Senior Vice President and General Manager Trends Turner channels.

In her work history, Alicia has held the position of CFO’s renowned Argentina Rock & Pop Radio, as well as the general manager of MuchMusic.

Dayan will continue based at TURNER’s office in Buenos Aires, reporting directly to Philip of Stefani.