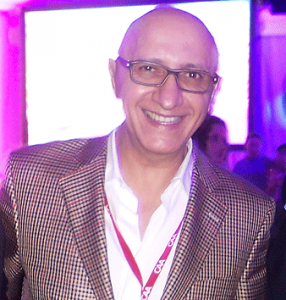 On past Friday, September 6th, news about Alberto Cirurana’s resignation to his position as Programming and Content President at Univision, supposedly due to internal conflicts in the company, was reflected on media.

Nonetheless, the scene is clear now thanks to a press release disclosed by Univision, according to which César Conde, the chain’s ex president, is the one who actually resigned, announcing he will be moving onto new opportunities among the English-speaking media.

The team of directives, including Ciurana, who stays on his position; Isaac Lee, president of News; and Juan Carlos Rodríguez, president of Univision Deportes , will be know under the lead of Randy Falco, president and CEO of Univision Communications, Inc. “We are appreciative of Cesar’s contributions to Univision over the last decade,” added Falco.