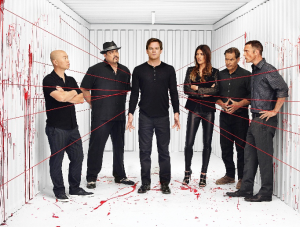 On Monday September 30  the favorite TV series, which captivated followers with the serial murderer Dexter (Michael C. Hall), says goodbye to the screen. The series, based on Jeff Lindsay’s novel “Darkly Dreaming Dexter”, later adapted by screenwriter James Manos Jr, reaches its final episode to finally reveal the origins of the split personality acquired by the protagonist.

During this episode, the renowned serial murderer who works for the Police Department to analyze patterns of blood traces, Dexter tracks down his protege, with the belief that he was the murderer of his neighbor. In parallel, he also will try to help Hannah McKay (Yvonne Strahovski) to escape the country.