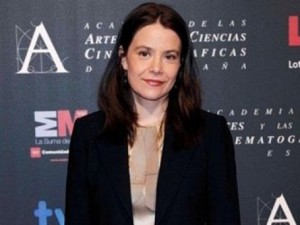 The Film and Television Producers Guild of India has signed a two-year agreement with the India House Foundation, based in Valladolid, with which it pursues closer ties between the film industries of Spain and India. Under the agreement, as reported in Europa Press sources of the India House Foundation, the two organizations will facilitate visits of delegations of film producers to see locations in India and Spain, which will be developed in collaboration with the Spain Film Commission (which includes the newly created Valladolid Film Office), FAPAE (Spain audiovisual producers) and ICAA (Institute of Cinematography and audiovisual Arts under the Ministry of Culture).

At the act of signing of the agreement, signed in the framework of the official visit of the Spanish delegation to the International Film Festival of Mumbai, that this year had Spain as invited guest country, the president of the Association of Film and Television Producers of India, Mukesh Bhatt, who this year has visited Madrid, Valladolid, Barcelona and the Canary Islands in their tour destinations of Spanish films, said that the agreement “will not only put the first stone for greater bilateral relationship in the field of art and culture, but also will promote a beneficial cross-border exchange of the geniuses of the film industry of both countries.”

This fact added to the “full globalization” of the film market “that, undoubtedly, will facilitate exchange among veterans and younger professionals of the entertainment industry in both countries.”  The director of ICAA, Susana de la Sierra, who headed the Spanish delegation, said the pact comes “at the best moment” because the governments of both countries recently signed a bilateral cooperation agreement to facilitate co-productions in film” that in reality will awaken interest in the industries of both countries to work together.”

In addition, she added, the agreement will put Spain on the map of Bollywood after the success of films like ‘Zindagi Dobara Na Milegi’ (You only live once’), which was shot in Spain “almost completely”. The India House was created as a Foundation in Valladolid in early 2003, has as its founding institutions and patrons the Embassy of India in Spain, the Valladolid City Council and the University of Valladolid.