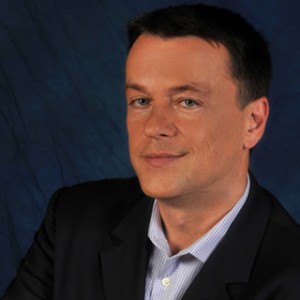 Syfy’s movie, the pay channel from Universal Networks International, scored an audience of more than 5 million viewers, in addition to mastering social media during its recent U.S. release. Now the signal opens the film in Latin America next November 22 at 21:00 pm by Pay TV signal.

“Success in social media has turned #Sharknado into a cult film that has transcended international barriers. So we are very excited to offer it to fans of Syfy in Latin America,” said Ken Bettsteller, general director of Universal Networks International, Latin America. “The theme of the film allowed us to interact in a unique way with fans of the channel, offering an epic experience suitable for all ages,”

As part of its launch in the region in November there will be activities related to the film in different countries of the region and on social networks. Among them, the interpretation of the classic hip- hop merengue by Magic Juan El Tiburon Project One in the “Upfront” of TV channels in Latin America and the various screenings of the film in theaters and festivals such as the Festival de Morbido in Mexico and Buenos Aires Rojo Sangre in Argentina. Additionally, it will launch the tour of Sr. Sharknado following its next visit to Argentina, Chile, Colombia, Mexico and Venezuela in November. In social networks, in addition to the blog of Sr. Sharknado tour, fans of the film will have access to a Facebook application created by Syfy and The Weather Channel in which reports the state of the climate and the possibility of a tornado of sharks. As well as, exclusively to the region, Syfy Latin America will launch the game Libera a tu Pais de Sharknado, which will be available at http://syfyla.com/es/sharknado.

#Sharknado is a violent tornado that sweeps up sharks and destroys the city of Los Angeles, terrorizing the entire population and causing chaos never seen before. The film was directed by Anthony C. Ferrante and features performances of Ian Ziering (Beverly Hills 90210) and Tara Reid (American Pie).